Wellington City Council has unofficially ditched an optimistic sea-level rise scenario in favour of one that could see much of the central city and low-lying suburbs under water.

It comes as a yet-to-be-released vulnerability assessment has been commissioned by Wellington's councils, outside Wellington city, looking at how sea-level rise will affect the entire region.

But Wellington City Council - itself expected to suffer billions of dollars worth of damage and thousands of people displaced - commissioned its own report in 2013 which had a best-case scenario of 0.6 metres of sea-level rise this century. 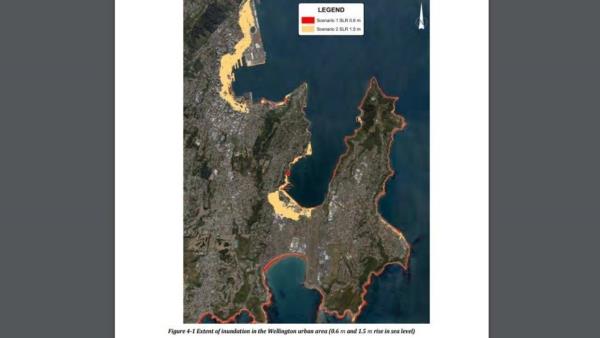 Photo: Wcc - A 2013 WCC report highlighted the inundation areas, in yellow, for Wellington under 1.5 metres of sea-level rise.

It can now be confirmed the council has all-but ditched that optimistic figure in favour of about 1.5m leading to an exponentially-different outcome as the best-case.