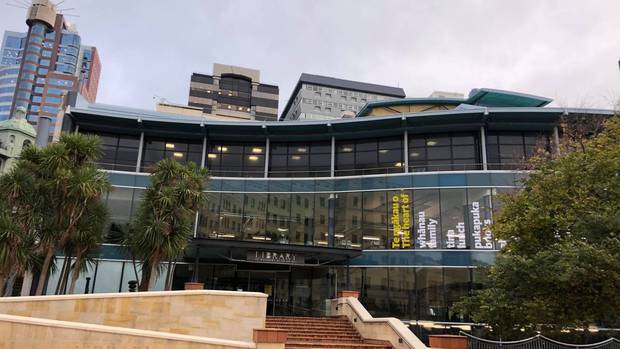 Options for the closed central library include spending $200m to strengthen it or knocking it down and starting again. Photo / Georgina Campbell.

Wellington's now closed central library did not suffer damage in the Kaikoura earthquake, it's not even technically earthquake prone, yet the city council is considering spending $200m to strengthen it.

A powerful 5.8 magnitude earthquake that sent many ducking for cover in the capital yesterday morning was a frightening reminder of the urgency in which seismic weaknesses must be addressed.

But exactly why the library needs all this money spent on it is just the beginning of a not very well understood problem.

Advice relied upon to close the building was based on guidelines issued after two floors of Statistics House partially collapsed in the 7.8 magnitude Kaikoura earthquake.

These guidelines are still being tested, so they are not officially in the rulebook and cannot be used to determine a New Building Standard (NBS) rating, but they reflect the latest engineering thinking.

It means that technically the library has an NBS rating of 60 per cent and is nowhere near earthquake prone, but hypothetically rates as low as 15 per cent.

The owners of buildings with similar characteristics are facing a confusing grey area.

They're weighing up a moral obligation to have their buildings checked against best advice, with the prospect of forking out millions of dollars when there's no legal requirement to do so.

Meanwhile, Building and Construction Minister Jenny Salesa has taken three months to respond to an Official Information Act request filed by the Herald, only to refuse the release of any reports and communication relating to these proposed guidelines.

She said if the information were to be made public, it could be "confusing and misleading".

What happened at Statistics House?

The Kaikoura earthquake struck at midnight, but had it landed at midday, the Statistics House damage could have been fatal.

The building, which has now been demolished, was a six-storey reinforced concrete office block built in the CentrePort Harbour Quays business park in 2005.

The epicentre of the November 2016 earthquake was more than 200km from the capital but more than 120 seconds of ground shaking was recorded, with up to 30 seconds of what's considered to be "strong-motion duration" felt across Wellington City. The Kaikoura experience confirmed that if an earthquake is strong and long enough, then the damage can make flexible building frames grow in length, Structural Engineering Society spokesperson Paul Campbell said following the release of an investigation into what happened at Statistics House.

"This means the supports for the pre-cast floor system can move too far apart, potentially causing parts of the floor to lose their support and collapse", he said.

Then Building and Construction Minister Nick Smith said the damage at Statistics House could have killed people, and that was unacceptable.

"This quake was large and unusually long, but a modern building like Statistics House should not have had life-threatening structural damage."

In response to the investigation's recommendations, the Ministry of Business Innovation and Employment released proposed guidelines representing the latest information available to engineers on precast concrete flooring.

This is commonly referred to as the "Yellow Chapter".

The Yellow Chapter sits alongside the Red Book, which is the rulebook.

These are mandatory technical guidelines for engineers to use when carrying out seismic assessments of potential earthquake-prone buildings.

On the other hand, the Yellow Chapter guidelines are still being tested to decide if they could be incorporated into legislation, and importantly cannot be used to determine an NBS rating.

This is where things get tricky. 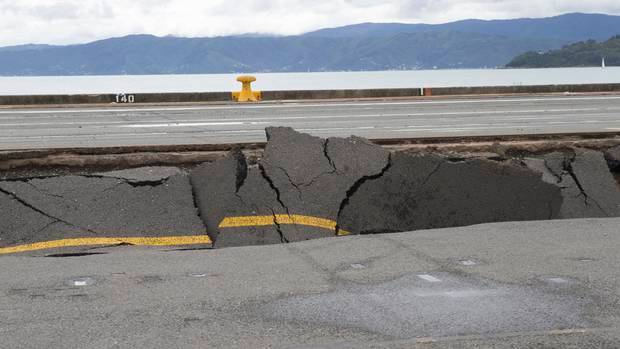 The Kaikoura earthquake hit Wellington hard despite its epicentre being more than 200km away. Photo / Mark Mitchell.

There is no regulatory requirement for building owners who have already undertaken earthquake-prone building assessments to carry out a retrospective or additional assessment against the new guidelines.

But the new guidelines represent the latest engineering knowledge and as Engineering New Zealand states "it's now clear that precast concrete flooring can perform poorly during an earthquake".

The decision behind closing the library

Precast concrete floors are used extensively in Wellington's Central library and the building is constructed with a flexible frame.

It was a set of circumstances former city council chief executive Kevin Lavery could not ignore.

He ordered an engineering assessment against the Yellow Chapter as soon as engineers got their head around how to apply the new guidelines.

The findings were grim.

Although engineers couldn't use the guidelines to determine an official NBS rating, they reported that hypothetically it would drop dramatically from 60 to 15 per cent.

An earthquake-prone building is anything rated below 34 per cent NBS. Keeping the library open was not a risk former city council chief executive Kevin Lavery was not prepared to take. Photo / WCC.

The decision to close the building was not made lightly, throughout the process the council respectfully poked and prodded engineers to make sure they weren't being overly conservative.

When asked what sort of earthquake it would take for the building to fail, the answer was simple, the city just had one.

Modelling showed the library could have suffered a similar fate to Statistics House in the Kaikoura earthquake, or worse, pancaked.

With more than 3000 people through the library's doors every day, that was not a risk Lavery was willing to take. The building, first opened in 1991, was closed.

There is undoubtedly an emotional attachment to the library as it's considered the city's "living room", located in the heart of the capital, and designed by Athfield Architects.

But while Wellingtonians pined for their beloved library, a stake was put in the ground in the engineering world.

A significant building had been closed due to guidelines that were not yet part of legislation, raising serious questions about the implications for other buildings with similar characteristics in the city.

In May last year it was revealed Bowen House, home to party leaders, MPs and parliamentary support staff, was undergoing a full seismic assessment including how it measured up against the Yellow Chapter guidelines.

The assessment determined the building was not earthquake-prone but the decision was made to bring it up to 100 per cent NBS anyway.

Floors of the building have been vacated to accommodate this work, which is underway.

It has never been made public how the building stacked up against the Yellow Chapter, and what any hypothetical NBS rating was calculated to be.

But what has become increasingly clear since the library's closure is that the Government is most certainly concerned about the Yellow Chapter guidelines in relation to buildings it occupies.

The Ministry of Justice announced in November 2019 that the Levin District Court would be closed indefinitely for strengthening.

Technically, the part of the District Court building engineers was concerned about is as high as 50 per cent NBS when assessed under rules that are a part of legislation.

But when that first-floor concrete diaphragm was considered under the Yellow Chapter, it was rated below 34 per cent NBS.

In February this year two Government departments moved out of their building in Wellington after an assessment indicated it was earthquake-prone.

Between them, the Ministry for Women and the Ministry of Education leased four floors of the nine-storey building at number 22 The Terrace, also known as Qual IT House.

An Official Information Act request to both the ministries revealed the building was rated at 90 per cent NBS in 2012.

But on July 2017, the Building (Earthquake-prone Buildings) Amendment Act 2016 came into effect, following the Canterbury earthquakes.

An assessment under the Red Book rules initially showed the precast concrete floors scored less than 35 per cent NBS, which was later revised to 40 per cent NBS.

Correspondence shows both ministries were quick to clarify with the building owner, Stride Property Group, about whether any part of the assessment was done under the Yellow Chapter guidelines.

Stride chief executive Philip Littlewood told the Herald the "Yellow Book" created a grey area but Stride would certainly take it into consideration in future design work for 22 The Terrace.

"Clearly you don't want to go and spend a whole lot of money on an asset and then suddenly the rules change … it's an uncertain time for a number of landlords about which rules to follow."

Earlier this year the Herald filed at Official Information Act request asking for any advice, briefings, reports and draft reports relating to the Yellow Chapter which Building and Construction Minister Jenny Salesa had received.

After the request was refined on February 21, it took the Minister's office three months to respond in order to "consult on" the request.

In the response Salesa said there had been no policy development for the Yellow Chapter up to February 2020.

Salesa did, however, confirm there were reports and communication relating to the subject, but she refused to release them, citing the need to maintain free and frank expression of opinion.

"MBIE requires evidence before it considers a change to the Guidelines. Engineering New Zealand is gathering evidence of the impacts of the proposed revision on building assessments, in order for MBIE to decide its regulatory appropriateness."

But Wellington City Council is not waiting around for that to happen.

In the background it has narrowed down a secret list of buildings with similar characteristics to the city's closed central library and has plans to contact building owners with requests for engineering assessments.

This is despite the council having no regulatory power over owners who have potentially problematic buildings, as the guidelines are not yet part of legislation.

But city council chief resilience officer Mike Mendonça said they would be appealing to owners regardless.

"We feel that in light of what happened with Statistics House in particular, that we would rather satisfy ourselves than to leave it open to chance.

"Technically, building owners could ignore us, but generally speaking we've found most building owners in Wellington to be responsible and engaged and interested to find out about their own building", Mendonça said.

The Yellow Chapter is very much a Pandora's Box for building owners and moves by the council will test their willingness to open it without any legislation forcing them to.