Wellington's central library set to avoid demolition, but still years away from reopening 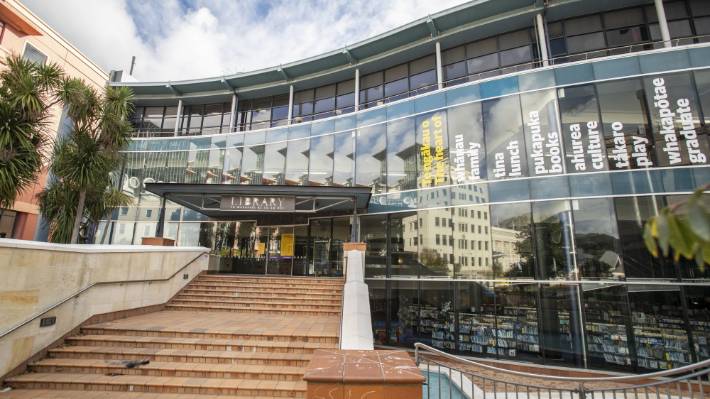 Wellington's Central Library looks set to avoid demolition, but ratepayers could ultimately pay $200 million for the privilege of keeping it.

On Wednesday, Wellington City Council voted 14-1 in favour of a motion indicating their preference was to strengthen and upgrade the earthquake-prone building, rather than demolish and rebuild.

"We have heard Wellingtonians loud and clear, you want your library," Councillor Iona Pannett said.

All possible options, including a full rebuild, will go to public consultation before a decision is made.

The council also voted for a sped-up process which would cut between six and nine months from the originally proposed timeline.

"The clear message from the public is they are deeply missing their library and want it open as soon as possible," Councillor Fleur Fitzsimons, who holds the library portfolio said.

Under the new timeline, construction work would start no sooner than July 2021, meaning the library, that closed as a quake risk more than a year ago, will remain shut for years to come.

The original plan would have seen construction begin in May 2022.

Fitzsimons was "reluctantly satisfied" that the new timeline was the fastest possible process.

"I appreciate there will be frustration from some in the community who want it sooner," she said.

The council will spend $2m on design work for the range of options, which will completed at the same time as public consultation, in order to save time.

Among the earthquake strengthening plans on the table are a base case at a $90m cost, a mid-level option at $150m, and a high-resilience plan at $200m.

The council will make a final decision on which option to approve in October.

Mt Victoria resident AJ Bramley, who was at the Manners St pop-up library on Wednesday night, said she was happy her rates would go towards strengthening the old building.

"I'm really pleased, the sooner the better as far as I am concerned," she said. "I'd hate to see them knock it down, it's a really well-built building."

Another library user, Hayley Forrest, said the high-end estimate of $200m was a lot of money, but it was an important facility for the community.

"I am glad to hear that it's not going to be condemned."

Forrest said the public uptake of the pop-up libraries had been a success, and had proven the need for a physical community space.

"Everyone wants a library, it hasn't all gone digital. People want to sit and to read."

Forrest said she missed having the old library for community events, like the knitting group. "I know a lot of people who use it every single day."

"While it may not be apparent to the public, we have been moving with haste. This council badly wants action on the library, and we want it yesterday."

"The original paper was heavily weighted towards building a replacement library, and it was an extensive process of 2½ years of design and three years of construction. I felt the city’s feeling was towards keeping the existing one.

"We will not be ruling any options out, but we must make sure we are on target to see a library as soon as possible."

Jenny Condie was the only councillor to vote against the motion, saying she was not opposed to the earthquake strengthening option, but did not have a preference yet.

Louis Houlbrooke of the Taxpayer's Union said the council should have delayed construction.

“With council revenues collapsing and rates set to increase by 5 per cent during a literal pandemic, the council needs to brutally cull its spending plans," he said.

“The existing pop-up library programme provides perfectly adequate services. Let’s stick with it – at least until the current financial crisis has passed."

A paper put to the council last week suggested the building could be demolished and rebuilt for $67m less than the high-end strengthening option of $200m.

The paper was widely criticised as inaccurate and lacking specifics.

Adam Thornton, who has 45 years’ engineering experience, cast serious doubt on the budget estimates, saying it was "not conceivable that the cost of a retrofit should be more than a new building”.

There were also questions about whether demolishing the building would run into backlash from the community and the courts.

Wellington's Central Library has been closed to the public since March 2019, after an engineers' report raised concerns about safety in the event of a major earthquake.