The government is increasing the number of places available in two secondary school initiatives that encourage school leavers to work in trades.

Prime Minister Jacinda Ardern and Education Minister Chris Hipkins made the announcement at Heretaunga College in Upper Hutt this morning. 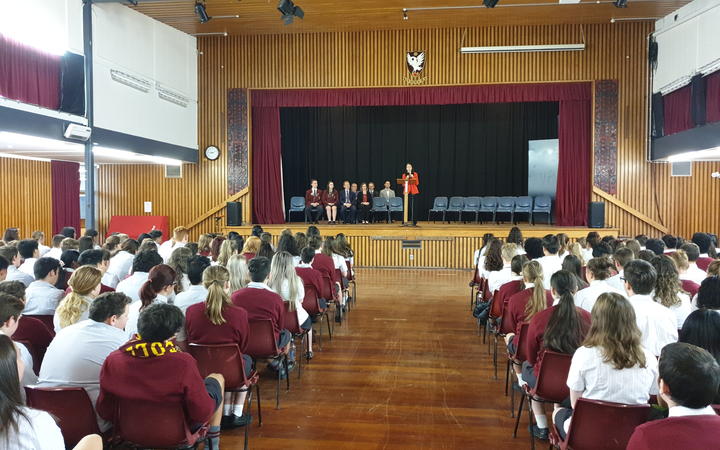 The move is also part of the plan to try to address skills shortages around the country that has also included the introduction of the Prime Minister's Vocational Excellence Awards and micro credentials, and reforms within vocational education.

Prime Minister Jacinda Ardern and Education Minister Chris Hipkins made the announcement at Heretaunga College in Upper Hutt this morning.

From next year there will be 2000 more Trades Academy places, a scheme that allows secondary students to take on full-time study, combining school, tertiary and/or work-based learning. The government said this was a 27 percent increase on current numbers.

There will also be up to 2000 extra places in the Gateway programme, under which secondary school students are able to learn trade skills in a workplace.

Prime Minister Jacinda Ardern said problems with skill shortages were often raised with her by business owners and that the announced increases were part of the plan to plug that gap.

Ms Ardern said there needs to be a shift within society on the perception of trades.

"We need to send a message as well to parents that these are good careers, where actually you can earn while you are learning, where your prospects are fantastic, where there is a pipeline of work.

"You won't find a young person who is skilled in carpentry finding it hard to get employment," she said.

Mr Hipkins said the government was committed to reversing the long-term decline in trades training.

"Trades skills shortages is a key issue business regularly raised with me and this programme is one step in the government's plan to plug that gap," he said.

"We want more people to see careers in areas like building, plumbing and agriculture as an attractive and first-option when they leave school to close the persistent skills gap in our country.

"Schools are, and will continue to be, a crucial part of vocational education.

"We want schools better linked to the world of work, and for students in school to have clearer and more direct pathways into vocational education in the workplace and the tertiary system."